Imagine preparing for a formal or business event in the next few days.

You want to leave a great impression. Everything must come into place.

On the day, you woke up early to fix yourself. You took a bath longer than usual as you did your hair yourself.

Straight from the closet is your formal attire, thoroughly washed and dried overnight.

As you were dressing up, you looked at your reflection in the mirror. You noticed something’s missing.

Your wrist screams empty because really… you need a head-turning dress watch to impress the ladies and your folks.

The only problem is the price tag.

But here’s some affordable news. You don’t need to settle with luxurious models to get the best features of a timepiece.

In this article, you’ll find a handy list of well-equipped watches at affordable prices from Orient.

Through the help of the buyer’s guide, the best Orient Bambino for your ideals will be strapped to your wrist before cocktails at 6 P.M.

This dress watch retains the domed dial and crystal style of Bambino Orient watches. Yet, its skeleton-style layout makes the difference by standing out in class.

One thing we love is the classical appeal the Open Heart exudes. Its classic dress watch appeal shines brightly in a busy and crowded room.

It’s probably due to the open-heart view of the watch’s automatic movement, allowing you to PEEK inside the watch’s most intricate parts. You can find the Orient Bambino Open Heart at the 9 o’clock position.

It has a transparent case back to let you watch the automatic movement in operation – making it a BONUS for dress watches in the price range of this watch type.

What makes this model unique is its integration of the Orient Calibre F6T22. Expect to see this movement in an open-heart watch type.

And finally, we rest our case with this. It’s so affordable you could send your kids to college easily even if you bought it RIGHT NOW!

The only drawbacks? It doesn’t have a date window. And its accuracy could be improved.

Sometimes, it’s hard to deal with many hands in your dress watch.

Many people find the second hand distracting when telling time. But not this watch.

The “Small Seconds” is ACTUALLY far from small too. The Arabic numerals combined with analog hands make it an easier, effortless read.

Formal look? Casual-dress ensemble? First date? Or even, a high school reunion? These are the perfect events to take the Orient Bambino Small Seconds.

Expect touches of vintage and classy thanks to the brown leather strap!

Just imagine…wearing this watch with a t-shirt and shorts while sipping on coffee and eating avocado toast in an outdoor cafe would definitely get heads turning!

Our only complaint? The strap feels cheap. Regardless, it’s well worth the price.

You saw how great the Orient Bambino series collection of dress watches with the first products on this list. Well, Orient Bambino Version 1 is the foundation for the later models of the brand.

Going back to the original version, you find the classic Version 1. It comes with a thick set of hour markers that make time-telling EASIER.

These markers are rhomboidal in shape. Does that matter?

IT DOES IF you want a timepiece that strays from the traditional design and anything LESS than ordinary.

But here’s what makes it STAND OUT even more: It’s ridiculously priced below $110! And for the price, you get the following:

Apart from this watch’s brilliant elegance appeal, if the original colors don’t sit well with you then…

The pink gold color dominates the classic Version 1 look that blends with the black leather strap.

You also have a white dial with a silver, rose gold, or yellow gold case. Otherwise, you have a black dial that comes with a silver or rose gold case only.

The biggest downside is the cheap leather strap and its accuracy loses 1 to 2 seconds a day. For us, it’s not a HUGE issue.

You might expect that Version 1 of the Orient Bambino watch series would be the most vintage or elegant.

But DID YOU KNOW…

Version 2 became one of the best-selling timepieces throughout history?

Compared to the first version, this version seems MORE CLUTTERED with its dial. Despite this, it still showcases a clean look that many sophisticated & luxurious-looking dress watches present to its users.

If the dial already look cluttered itself, its thinner hands give users breathing space.

Moving a bit away from the center, you have the hour markers indicated in Roman numerals.

This is a CLEAR DISTINCTION between Version 1 and 2. While Version 2 has Roman numerals, Version 1 doesn’t.

Personally, we prefer the design of the 2nd Version. So who would love this watch? Well…

Another component that gives this model a vintage look is its onion crown. This larger and tapered crown emerges from one side of this version’s thicker watch case for durability.

When it comes to dial colors options, you can choose from these color schemes: black, white, and off-white. Among these color layouts, the off-white version turned out to be the most popular.

No wonder people look after this version as it is reminiscent of old-school dress watches.

You witnessed how Orient Bambino Versions 1 and 2 stood out as classic and elegant watches.

With these features, it’s CLEAR Version 3 took things to a whole new level.

A watch enthusiast will tell you that its minimalist style is their main takeaway from this Bauhaus-inspired model.

As for the watch case, you could only get a silver case with this model, but you have more dial color options. Depending on your style, you can choose a white, navy blue, dark grey, or black dial.

What a thrilling time travel it was going from Versions 1 to 3. You had the classic Versions 1 and 2 until you encountered the modern-looking Version 3.

If you might ask, Version 4 is the epitome of all the models in this watch series collection:

Despite these similarities with other versions, Version 4 still offers a unique feature you will love.

As with other versions, you can only choose a particular color for your dial with its corresponding case/s.

The blue dial matches its silver casing, while the green one blends with a yellow gold casing.

The grey dial also comes with a silver case, but it has bronze indexes. You’ll never find this perfect match in other models.

You thought Version 4 was amazing? Wait till you take a peek at the Orient Bambino Version 5!

The dial of the Bambino Version 5 is perhaps the BIGGEST change compared to all the previous versions.

While some appeared “crowded” and “messy,” Version 5 is simple, classy, and sports a more modern dress watch vibe.

The leaf-shaped hands, Arabic numerals, dotted second indicators on the outer edge of the dial, and the case all tie this watch together in one word: BEAUTIFUL.

As for the date window, it reflects a minimalist vibe that matches the classy tones of Orient’s Version 5 model.

Overall the Version 5 is one of our favorite Orient Bambino models we’d love to get our hands on – solid build, classy design, reliable movement, and an affordable offer that’s hard to beat.

Going through the list of incredible products takes some time. But don’t worry!

We’ve outlined this Buyer’s Guide to guide you in buying that perfect Orient Bambino watch.

One thing you should know when choosing an Orient Bambino watch is its naming convention.

At this point, you already have a background on the Orient Bambino Generation 1 and Generation 2. With that, it might be better to give you better comparison and contrast touch-ups of these two Bambino generations.

The most striking difference between Orient Bambino Generation 1 and Generation 2 watches might not be even the most obvious one.

They might be distinct from one another, yet, both are reliable, as proven by many users.

The Bambino Generation 2 Calibre F6724 has related yet distinct versions for the Bambino Open Heart Orient and Small Seconds models.

The fine line that separates Generation 1 and 2 watches is an actual correction of a typographical error.

Above the 6 o’clock marking is the phrase “Water Resist” on Generation 1 models. Many people pointed out this error.

As expected, Orient Bambino hears the call of its customers and makes up for this error. Generation 2 models would then have “Water Resistance” printed instead.

Amidst all these differences, there are unifying similarities to Orient Bambino watches.

At first glance, you can tell that Orient Bambino watches are BIGGER than your typical dress watch. Except for version 4, any Orient Bambino model has similar casing dimensions.

A typical Orient Bambino watchcase has a 40.5-mm diameter and 12-mm width. Its 21-mm lug width might be a problem when finding replacement straps.

Most people love the screw-down caseback and trademark crown of Orient Bambino models. The inscribed Orient logo on the caseback metal completes the charming look.

You can also see the Orient logo stamped on the metal piece of the leather strap.

It’s tough to pick the best Bambino Orient model from the list. You can’t deny the unique features that you get from each model.

The truth is, it’s up to you to decide which model suits your style and occasion. This also depends on the features you mostly want to get your hands on or if aesthetics matters to you more.

Needless to say, all the models showcase a touch of class, great craftsmanship, and a unique look that clearly defines Orient.

Case and point: No single penny will go to waste with any of the presented models.

There is no single winner in this category as each model has its advantages. People have different preferences, especially in watches. But personally, we prefer Small Seconds or Orient Bambino’s Version 5 model.

What Orient Bambino Watch Should You Buy?

With all the outstanding features in each Orient Bambino watch, you might expect that these models would be expensive in the first place.

Yet, you can even buy two or more models of the same price as a similar model from other brands.

In that case, either model is a great option.

At this point of the article, you saw the BEAUTY of Orient Bambino watches. Each model exemplifies how Orient Bambino products stand out from the rest.

Among the Orient Bambino models, you also saw how the brand brings fresh, unique designs to the table with every release.

Apart from the solid all-around quality of the Bambino models, the affordability is a spotlight stealer. 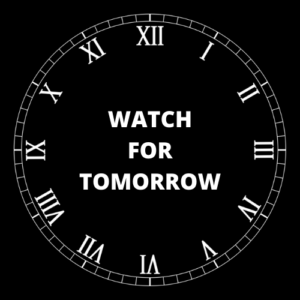